You can’t have too much of a good thing… So here’s the second lot of pictures and storytales from today’s epically awesome piece of tennis joy.

Let’s start with the favourite snap of the day, of which I may or may not have several more in the arsenal:

Moments before the shot of the tournament, pretty much:

Let’s just say shutter speed is not my strong suit.

I believe the boys just hugged. Wooooooooot. Wait, you mean you haven’t seen that pic? Gasp.

The two Andys, being awesome. Muzz, being kinda funny. Everyone, playing tweeners. Because they can. 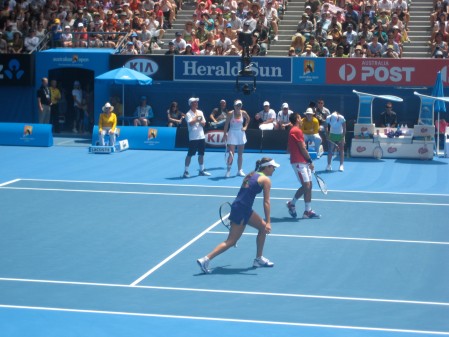 Ana: “Okay, so can we discuss the tactics in Serbian?” About to pull another muscle, not in her abs…

As expected, the Andy footfault reference.

Vera being funny. Who woulda thunk it?

Paty recreating ancient days of school sunhats in the playground.

Lleyton being a dad. 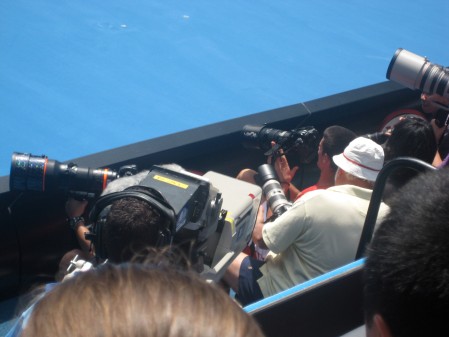 Nole in the photographer’s pit… 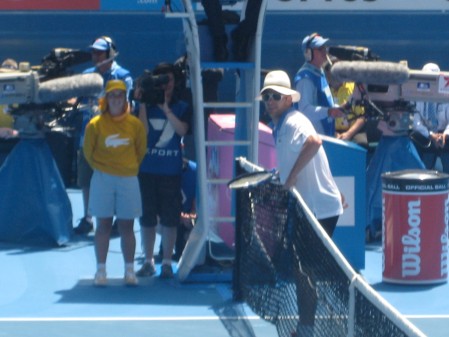 Andy manipulating the net. I can’t get past the hat and sunglasses. 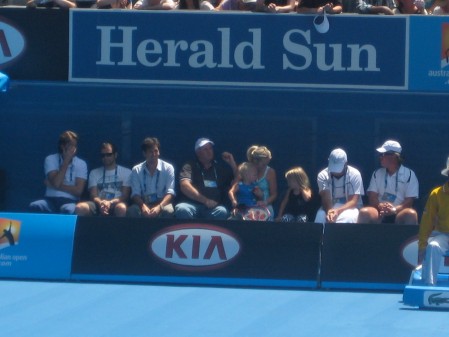 You will now be charged two bucks for the above picture of Hewitt children.

Pictures: @rishegee (that’s me). I know they’re fuzzy, but do me a favour and link me/ask me. Gracias.

This entry was posted on Monday, January 17th, 2011 at 8:37 am and is filed under Uncategorized. You can follow any responses to this entry through the RSS 2.0 feed. You can leave a response, or trackback from your own site.